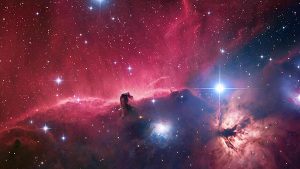 It is not necessary to have any understanding of Reiki to enjoy its benefits. Mikao Usui, the founder of Reiki believed that science would one day explain Reiki. There is a record of him saying this in an interview found in the ‘Reiki Ryoho Hikkei’ (Reiki Treatment Handbook). This is a booklet that was produced by the Usui Reiki Institute in Japan. It was published in the 1970’s for their 50th Anniversary. It also mentions distant healing.

Many people I introduce to Reiki can accept the potential benefits of hands on healing. However, they often struggle at the idea you can treat someone over any distance (enkaku Reiki in Japanese), and that it can still be as effective as hands on Reiki treatment. I wanted to write this article in the hope it would speak to my more rational readers who are interested in Reiki, but may be put off when hearing of distant Reiki healing (enkaku).

In the early days the general public knew very little about quantum physics. Yet it has been around since the time of the great scientist Albert Einstein who died in 1955. It builds on the classical mechanics of Isaac Newton and deals with things at very (very) small scales. These days there are many television and radio programs dedicated to discussion of quantum physics and it is in the mainstream. There are a lot of facts emerging from this branch of science that are perhaps even more unbelievable than distant Reiki treatment. If any branch of science is going to explain distant Reiki this is it!

Distant Reiki and Spooky Action at a Distance

Here I want to introduce a crazy concept from quantum physics known as quantum entanglement. Einstein hated quantum entanglement because his own theory of relativity says nothing can travel faster than light.  He called it “spooky action at a distance”. Yet quantum entanglement was proven to be real in the lab in his own time. Everything vibrates, and in this experiment you take 2 particles (electrons) vibrating closely together. Then you separate them (it could be over any distance like a galaxy). Each particle knows instantly if the other is being manipulated via an invisible bond that forms between the two! This is of course a massive over-simplification. Watch the video below by Dr Michio Kaku for a much better explanation that is easy to digest.

I am not suggesting that quantum entanglement is an explanation for distant Reiki healing. I am sure the physicists would be able to explain why that is not appropriate in great detail. What I think is important here is the fact that 2 particles can transmit ‘something’ to each other over any distance, faster than light speed. To me this means that distance Reiki is surely a real possibility. But I don’t need convincing myself – though it is nice to know. Those of us that use the traditional distant Reiki method can know this to be true. Jikiden Reiki practitioners trained to Okuden level can prove it to themselves quite easily.

If quantum entanglement is not enough to convince you – what about the idea that particles can be in 2 places at once. What if I was to tell you that in some situations particles can move through barriers they would not normally be able to (quantum tunneling). How about the fact that you can transport matter star-trek style now, although what arrives at the other end is not an exact copy so it can’t be done with humans. All scientific fact, and just as crazy or more crazy than distant Reiki! I also think that “spooky action at a distance” is a lovely metaphor for distance Reiki – thanks Einstein! By this I mean it is mysterious – not that there are any ghosts or spirits involved!

This site uses functional cookies and external scripts to improve your experience.

NOTE: These settings will only apply to the browser and device you are currently using.